The new random decomposition method puts each cell on a randomly selected processor. It produces an extremely bad decomposition that is useful for testing purposes, e.g. to stress-test parallel implementations, making it easier to detect parallel inconsistencies.

The new method is set in the system/decomposeParDict dictionary:

and can be visualised by e.g. running decomposePar -cellDist and post-process the resulting cellDist field. The following image shows the decomposition for the lid-driven cavity tutorial with 5 processors, coloured by destination processor number: 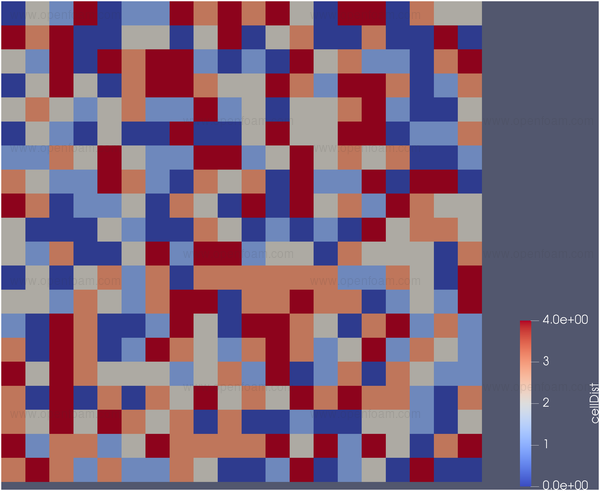 Triangulated surfaces are employed to describe geometry, used for input into meshing tools, e.g. snappyHexMesh, and post-processing, e.g. for iso-surfaces. The distributedTriSurfaceMesh variant is suitable for parallel workflows where each processor just holds a subset of triangles. 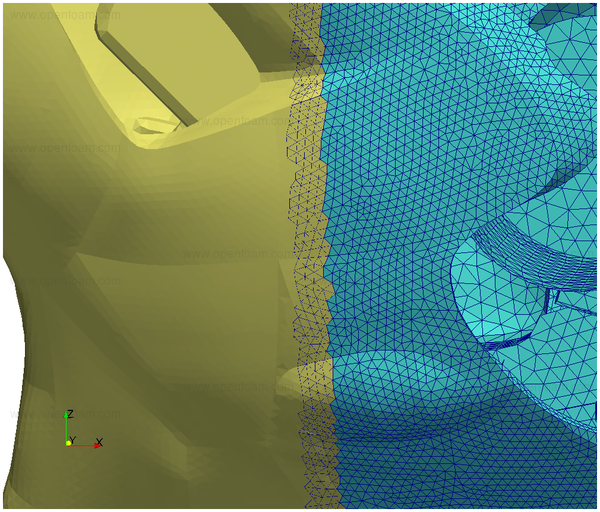 In this release the distributedTriSurfaceMesh has been extended to:

The distributedTriSurfaceMesh is specified in the geometry section of the snappyHexMeshDict dictionary:

This will read either:

The following images show the difference for a simple test case employing both a triSurfaceMesh and a distributedTriSurfaceMesh: 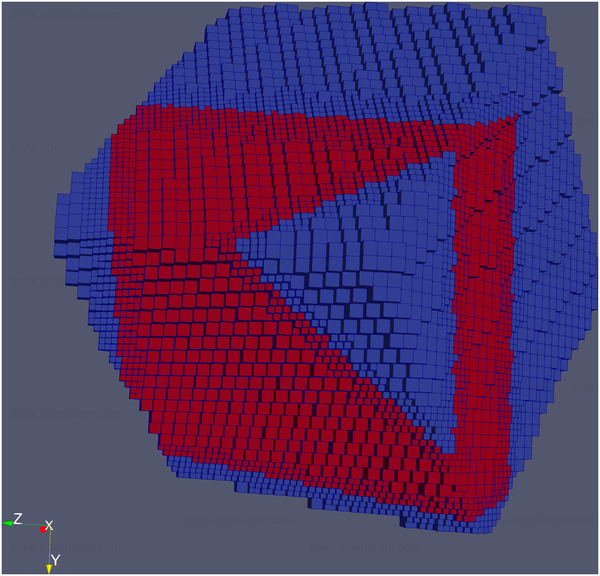 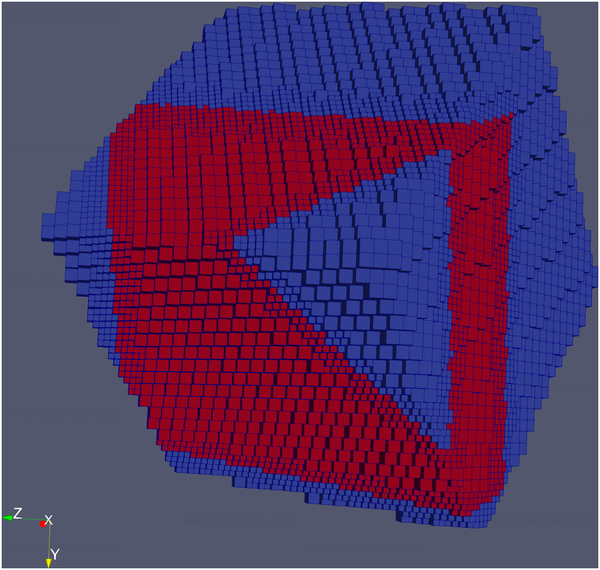 An undecomposed distributedTriSurfaceMesh currently requires the decomposition method in the system/decomposeParDict to be set to hierarchical. This can be automated using the new conditionals in dictionaries:

Some Linux distributions including OpenSUSE, and Redhat come with a pre-compiled version of Metis 64 bit OS versions it may have been compiled with 64 bit integers. OpenFOAM can use this directly thanks to the new new automatic integer conversion in OpenFOAM’s Metis interface.

To use a system version of Metis change in config.sh/metis:

METIS_VERSION=metis-system
Compile the metis interface:
cd parallel/decompose
./Allwmake
Test with any parallel case by setting the method in the system/decomposeParDict to metis. Typical output comprises:
Calculating distribution of cells
Selecting decompositionMethod metis [4]
Metis can be used in a parallel context e.g. using redistributePar and snappyHexMesh but will combine the graph onto the master processor to do determine the distribution.

An option has been added to do some basic parallel profiling of parallel runs. This is currently outside the profiling framework and might change in the future. The profiling is selected using the parProfiling function object. A typical set-up would be

The interesting measure here is the amount of time spent waiting for reduces which dominates this calculation. The timings are a basic measure only - the heuristic to derive which category the time is for is not exact - the accuracy of the timings is quite low.