Debugging large cases can be challenging, particularly when working in cluster environments where users add their jobs to batch queuing systems. A typical iterative process to correct errors in input dictionaries can lead to significant delays prior to running the case.

On execution, the solver application runs a single time step. If any input errors are reported, e.g. missing or badly formed entries, these can be easily identified, giving more confidence that the full case will run successfully.

Many post-processing tools such as function objects perform their tasks at calculation write times. The new -dry-run-write option instructs the solver to perform a single time step and perform a write operation, e.g.

Note that these are applied to the simplified mesh and values may not be representative for the case. To avoid conflict with any existing postProcessing directory the output is written to the postProcessing-dry-run directory.

The tool operates in two modes:

Several changes have been made to assist with detecting ill-formed dictionary input, with further changes slated for the v1812 release.

This type of error often arises when a trailing ’;’ has been omitted.

The change will detect that the entry terminated with a ’}’ but had not started an initial ’{’ - in this case since the trailing ’;’ was forgotten.

This change will flag the following type of problems of primitive entries:

These can be used in fileName expansions to improve clarity and reduce typing.

Since these short forms correspond to absolute file locations, they only have mean when they occur at the start of the file name.

Note that expansions with $FOAM_CASE will continue to work without any change, but the new forms are shorted and easier to read.

A new method to determine the parallel processor map has been added to the mapFieldsPar utility. Depending on the quality of the parallel decomposition, the axis-aligned bounding box (AABB) tree method used in earlier versions could generate a map that sent all data to a local processor, leading to a large processor loading imbalance and potential failure.

The new option creates the map based on a local level of detail (LOD), selected via the optional procMapMethod keyword:

Initial tests have suggested a reduction of the order 15-20% in execution time. For backwards compatibility, if the procMapMethod option is not provided the AABB option is chosen.

and with directional refinement 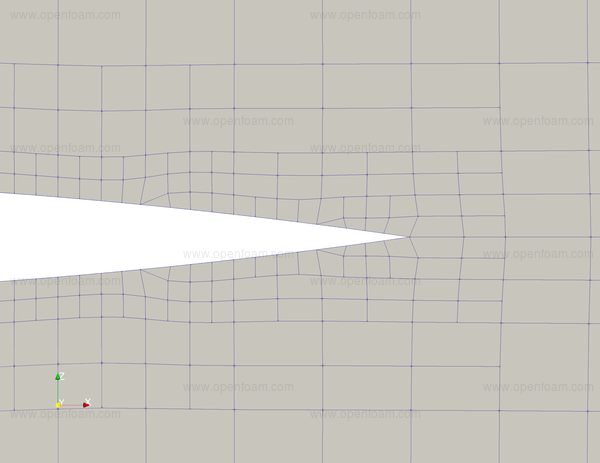